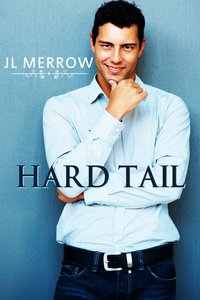 Finding love can be a bumpy ride

With his job and his marriage dead in a ditch, Tim Knight doesn’t take much persuading to leave London for the greener fields of Southampton and look after his injured brother’s mountain bike shop. But Tim’s a fish out of water in this brave new world of outdoor sports and technical jargon—not to mention struggling with the realisation he can no longer deny his sexuality, at least to himself.

The reason? Matt Berridge, his brother’s bike mechanic. Fit, tanned and an adorable klutz, Matt takes a tumble the day they meet and falls straight into Tim’s heart. There’s only one problem: Matt’s boyfriend, who Tim’s convinced is abusing him, despite the stories Matt comes up with to explain away the bruises.

A black belt in karate, Tim’s no pushover when it comes to physical confrontation. But he’ll need to step his courage up a gear if he’s ever going to come out, be himself—and save the man he’s coming to love. 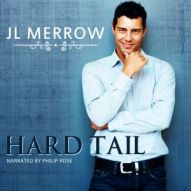 And now in audiobook, narrated by Philip Rose:

A gripping, fast-paced, and well-written out-for-you story set in rural England…catchy, witty and at times deliciously self-ironic – 4.75 stars, Feliz on Reviews by Jessewave

Hard Tail is another fabulous story from J.L. Merrow.  The writing is lively and amusing, but at the same time we really get a sense of what the guys are going through…. I really enjoyed Hard Tail and would definitely recommend it highly. – 4.75, JayHJay on Joyfully Jay

Cheerful, funny and heartwarming, these characters showed how strong love can be. Matt was an adorable character with his klutziness and Tim with his strong sense of justice…. I highly recommend this book – Jen on Top 2 Bottom Reviews

I really enjoyed reading this one so much. The setting was beautiful, and I am so in love with the characters especially Tim *he was written wonderfully*. –Darien

As always, Merrow’s voice sparkles here as she captures life in a small village and a hero in transition. The love story unfolds organically, and I liked that she didn’t rush things for the heroes. When they finally arrive, the love scenes are smoking hot. Well-done. A gem of a story. –Annabeth