New Releases all over the shop

Well, I was only planning to let you all know that She Shifters is officially released today, but it turns out I also have another new f/f release to tell you about, a little sooner than expected! 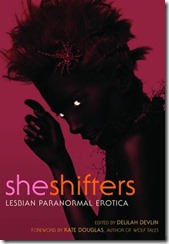 I’ve got two stories in this fantastic anthology of lesbian shapeshifters:

Nine Days and Seven Tears, about a selkie blown off course and a girl who needs to escape; and Belling the Kat, a light-hearted tale of how being a shifter isn’t always compatible with modern life.

If you’d like to hear the backgrounds behind the stories, please head on over to the She Shifters website, where all the authors have been blogging about their inspiration.

I offered a giveaway of one of my m/m shifter books, and I’ll be announcing the winner later today.

She Shifters is available in paperback.

And another anthology that’s now available in ebook: 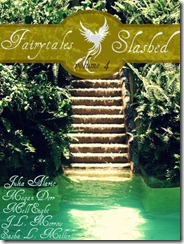 Just the one story by me in Fairytales Slashed Volume 4, and the only f/f tale in the anthology: Capture the Moon, the tale of a young woman who disguises herself as a man and sets out to seek her fortune (and get away from all the men in her village who keep trying to court her!) Accompanied only by her faithful piglet Ferkel, she meets with adventure as she learns about life and love.

If you’re more into m/m than f/f, you’ll be well catered for by this whopper of a collection, which clocks in at a staggering 143,000 words! The print version comes out soon, and I’m fully expecting complaints from my postman…

4 Responses to New Releases all over the shop