…and nine other short stories from British crime writers, including Charlie Cochrane! 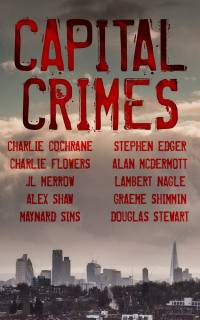 “For anyone whose literary tastes run to the dark and the twisty, CAPITAL KILLS is a damn near perfect taster menu.” – Simon Toyne – international bestselling author of the Sanctus trilogy

Contains my story The Drag Queen Wore Red, a short story in the Plumber’s Mate Mystery series (set between Heat Trap and Blow Down)

Slightly psychic plumber Tom Paretski and his sister visit London Pride – but crime is never far away! For some, passions are running hotter than the very un-British weather, and Tom finds himself once more at a crime scene when a drag queen is stabbed in a Soho street.

I have no idea how long this offer will last, so grab your copy while it’s free!