Rainbow Snippets is getting in the Halloween Spirit

Charley Descoteaux posted a picture of skulls for Day of the Dead over at the Rainbow Snippets Facebook group this week, which reminded me of this little snippet from Fall Hard, my romantic suspense novel set in Iceland. Our amnesiac hero, Paul is visiting an exhibition on Egil’s Saga, and has come across the exhibit of a Viking scorn-stick. It’s jogged a memory – but not necessarily a pleasant one!

I’d seen something like this before. But not here. And it had been different; the head had been a skull, its bones shining whitely in the grey light that came through our window…

Our window. There had been a horse’s skull in our flat. Mine and Sven’s.

I stumbled out of the exhibition, tearing off the headphones. 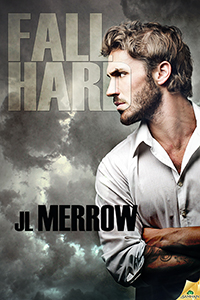 Some memories are better off lost in the mist…

Eight months ago, British academic Paul Ansell lost his lover—and all the memories of their time together—in an accident at Iceland’s Gullfoss Falls. Returning to the misty island country to resume his study of the bloodthirsty Viking Egil Skallagrimsson is tough as he struggles to pull his life back together.

First, there’s his colleague, Mags, who treats him like glass, and summer student Alex, who peppers him with discomforting questions. Then there’s Icelandic jet-boat driver Viggo, a tattooed, modern-day Viking who won’t say much about how they know each other. Leaving Paul to wonder if their volcanic attraction is fuelled by a desire to make a fresh start, or desperation to forget the past.

As more fragments of his lost memories fall into place, Paul is unsure if he can trust himself, much less anyone around him. And he begins to suspect his accident was nothing of the kind.

Warning: Contains a modern-day Viking whose boat has V8 engines for oars, and a harsh land of hot springs and hotter passions that won’t forgive any false steps.

6 Responses to Rainbow Snippets is getting in the Halloween Spirit