Capture the Moon is out today

I’m delighted to say that my f/f fairytale, Capture the Moon, is out for the first time as a standalone ebook today. 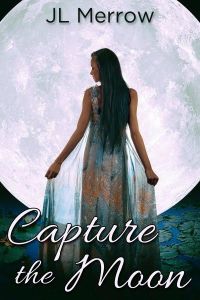 Accompanied only by her faithful piglet Ferkel, country girl Adrien disguises herself as a boy and sets out on a journey of discovery—not least to evade her several suitors. Rescuing a young monk, Felix, from brigands, she agrees to accompany him on his journey to the King’s castle to present the princess with a telescope he has made.

Princess Selene has sworn to marry only one who can give her the moon—but does she mean it literally? As Felix loves another, Adrien, still dressed as a man, takes the telescope in his stead. Adrien falls in love with the lively, beautiful princess and is amazed to find Selene loves her in return.

But will Selene’s love die when Adrien reveals her true gender? And in any case, two women cannot be married—can they?

Now out for the first time as a standalone ebook:

(This story was previously published by Less Than Three Press in Fairytales Slashed Vol. 4 and has had only minor changes for this edition)

And that’s not all: also published today: 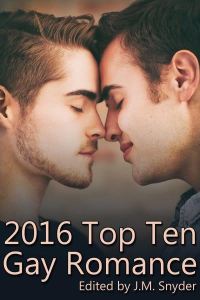 “Me and My Big Mouth” by Becky Black
“Captive” by T.A. Creech
“Love Lost, Love Found” by Rebecca James
“Accidentally His” by Shawn Lane
“A Pint of Beer, a Bag of Chips, and Thou” by JL Merrow
“For the Last Time” by A.R. Moler
“First and Goal” by Terry O’Reilly
“It’s Not Yule, It’s Me” by Michael P. Thomas
“In His Line of Work” by Tinnean
“And This is Ed” by J.D. Walker

Both books are available at 20% off for the first week at JMS Books only!