Rainbow Snippets is back

Hi all! Apologies for the lack of snippetry over the last…ye gods, has it really been a month?  The Samhain closure (and, all right, at least a couple of Saturdays, my social life) has kept me busy of late, but hopefully normal service will be resumed from now on.

For today, here’s a snippet from Angel, which will be released in second edition next week:

“You don’t remember me, do you?” Andras said at last. He laughed, a short, dry sound without much humour in it. “Must be nearly twenty years ago, now. But I remember you, Donnie.” He paused. “Not the sort of thing I’d ever forget, is it? The day I found out I’m a demon.” 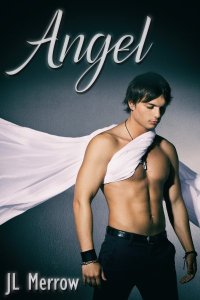 How do you know if you’re one of the damned?

As a child, Don wanted to become a priest. Now a grown man mostly at ease with being gay, he’s left the Catholic Church and has chosen instead to help people through his work as a parole officer. His strong faith is shaken when his latest assignment turns out to be Michael, a young man Don hasn’t seen since he took Michael to church as a child—and saw his parish priest cast Michael out of the church as a demon.

Meeting him as an adult re-ignites the obsession Don had with the boy he couldn’t save—but can Michael be saved at all? Or is the strangely compelling demon with a taste for risky sex as damned as he believes himself to be?

Due out in second edition from JMS Books on 11th March

12 Responses to Rainbow Snippets is back