Pricks and Pragmatism is out in Audio

I’m delighted to say that the first of my Southampton Stories, Pricks and Pragmatism, is now out in audiobook, narrated by Mark Steadman. So this week’s Rainbow Snippet is, naturally, taken from it:

I looked up from my Uni notes on Rakes and Libertines as Sebastian walked into the flat. He was a vision in Armani, as always, his sleek black hair allowed to grey artfully just at the temples and no further. He’d said once he thought it gave him gravitas; I’d told him I’d grab his arse any time he wanted.

I was lying on the rug in front of the mock fireplace wearing nothing but the Calvin Kleins he’d bought me. On the rug, because Sebastian would have thrown a hissy fit if I’d taken pens on the sofa; in my underwear, because there’s nothing wrong with giving a bloke something nice to look at after a hard day at the office.

I flashed him my best smile over my bare shoulder. “Hey, handsome.”

He didn’t smile back. 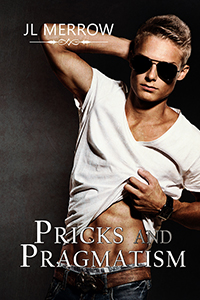 Kicked out by his father at age sixteen, English student Luke Corbin’s used to trading on his looks and charm to keep a roof over his head until he can make it big as a journalist. He goes for men with money, power and looks, in that order, and he doesn’t let emotions get in the way. But when his lover tells him it’s over, Luke finds himself homeless—just as his final exams are looming.

Moving in with geeky chemical engineer Russell may be a step down for him, but Luke can’t afford to be choosy. Fully prepared to put out as usual, Luke’s confused and frustrated when Russell refuses to take advantage of him—and even more so when he finds out Russell’s saving himself for someone special.

The more time he spends with the shy, honourable man, the more Luke finds himself bowled over by Russell’s sweetness and integrity. But just as he’s coming to terms with his own wish to be that special guy for Russell, Luke has to face facts: he’s fallen for the one man he can’t seem to charm. 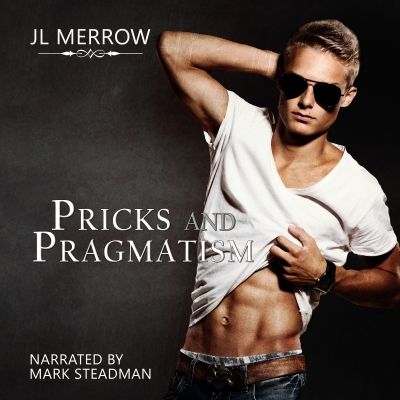 And now in audiobook, narrated by the wonderful Mark Steadman:

15 Responses to Pricks and Pragmatism is out in Audio