Rainbow Snippets is in a party mood

I’m off to a friend’s birthday party this evening, so I thought I’d give you a snippet from the party scene in Relief Valve, my second Plumber’s Mate Mystery, which will be out in 2nd edition on 5th February.

Here, our narrator, slightly-psychic plumber Tom Paretski, has just met Morgan Everton, who’ll be a key figure in the murder mystery that’s about to kick off. Morgan heads a local writers’ group and isn’t very complimentary about his competition:

He glared at me. “A ragtag, unschooled bunch of self-published hacks and writers of”—his voice dropped in loathing—“genre fiction.”

I decided it was probably just as well I hadn’t mentioned I liked a good thriller every now and then.

“Some of them,” he added, bending low to breathe sherry fumes right in my face, “write erotica.” His voice was husky with prurient outrage, and his face had gone as red as his trousers.

“Well, sex is all part of the human condition, innit?” I said breezily, just to see if I could bring on a stroke. “If you’re doing it right, that is.”

“Sex,” Morgan said sternly, “should not be used to titillate.” 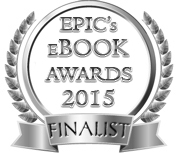 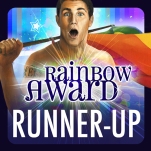 If you dig up the past, be prepared for some dirt to stick.

The relationship between Tom Paretski, a cheeky plumber with a gift for finding hidden things, and PI Phil Morrison may only be a few weeks old, but already it’s under attack. Tom’s friends and family are convinced the former bully isn’t good enough for him, and they’re not shy about saying so.

Then Tom’s prickly older sister, Cherry, is poisoned at her own engagement party. Tom’s left reeling and not knowing who to suspect. Could it be her new fiancé, Gregory, a cathedral canon with an unfortunate manner and a taste for taxidermy? Or someone from her old writers’ circle, which she left after a row? Or could the attack be connected to her work as a barrister? Meanwhile, Tom’s honorary auntie’s left him a gag gift from beyond the grave that could be more significant than anyone knows.

Phil’s fighting against the clock to solve the case before somebody ends up dead. And with the poisoner hiding a dark secret, Phil’s terrified Tom could have been the target all along.

All the Plumber’s Mate Mysteries  are now available to pre-order from Riptide Publishing.

And there will be a brand new Plumber’s Mate Mystery, Lock Nut, releasing on 14 May, 2018

19 Responses to Rainbow Snippets is in a party mood