Rainbow Snippets is speaking in tongues 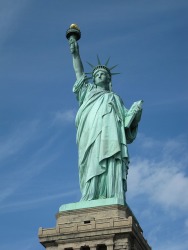 I’m nowadays known more for writing very British stuff, but way back in the days of yore I used to occasionally dip into US waters, and today’s snippet is taken from an early story of mine, Epiphany, which is set across the pond. So please read the following in the accent of a native New Yorker:

I’m just coming out of the gym when I see him. Damn, I mean that don’t sound like much, but let me tell you, it’s a fucking epiphany. Yeah, I know words like epiphany. Just because I’m built and I got a blue-collar job don’t mean I got a reading age of fucking ‘moron.’ Anyhow, I’m walking out the door, all pumped up and sweaty, ’cause I don’t like the showers at the gym—I got athlete’s foot once there, and it ain’t like on TV, you know, some of these guys ain’t exactly pretty with their clothes off—and there he is, standing on the corner, looking up at the street name like it’s written in Chinese, which it ain’t ’cause we’re not in Chinatown. For a moment I think maybe I’ve seen him somewhere before, but then reality kicks in with In your dreams, buddy.

You probably want to know what he looks like, right?

And yes, that was exactly 6 sentences. I counted. Twice!

Epiphany is currently out of print, but will be coming out in a second edition with a new introduction on 14th June in Truly, Madly, Boys, the latest of my mini-anthologies with the ever-lovely Josephine Myles, the Mad About the Brit Boys series.

12 Responses to Rainbow Snippets is speaking in tongues