Pressure Head out now – with giveaway

Happy New Year everybody! I hope you all had a fun/peaceful time, as desired. 🙂

I’m delighted to say that the first of my Plumber’s Mate Mysteries, Pressure Head, is now out in second edition from Riptide Publishing. 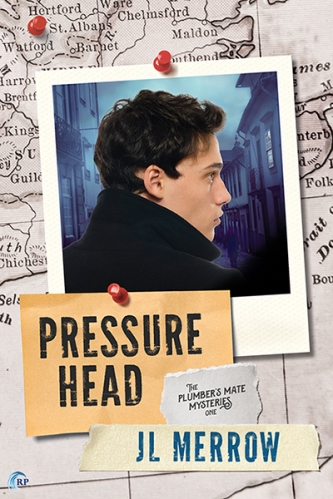 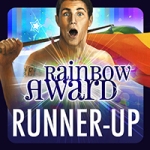 Some things are better left hidden.

Tom Paretski’s not just a plumber with a dodgy hip courtesy of a schoolboy accident. He also has a sixth sense for finding hidden things. Called in by the police to help locate a body near Brock’s Hollow, he’s staggered to encounter Phil Morrison, his old school crush—and the closeted bully whose actions contributed to Tom’s accident.

Phil’s all grown up now, and Tom’s unwilling attraction to him is back with a vengeance. Phil’s now openly gay—and what’s more, he’s interested in Tom’s personal charms as well as his psychic talents. As a private investigator called in by the dead woman’s parents, Phil is sceptical about Tom’s unusual gift, but nevertheless quick to spot its potential to aid him in his work.

The further they go with the investigation, the less they can ignore their shared past, and the more the pressure and the heat build between them. But Tom isn’t certain he wants to know the secrets he’s helping to uncover, while there’s a murderer on the loose who won’t hesitate to kill again—and this uneasy couple is moving right into his sights.

All the Plumber’s Mate Mysteries  are now available to pre-order from Riptide Publishing.

And there will be a brand new Plumber’s Mate Mystery, Lock Nut, releasing on 14 May, 2018

To celebrate the re-launch of the Plumber’s Mate Mysteries, I’m offering a giveaway of a $10 Amazon voucher to a randomly-drawn commenter on this post! All you have to do to enter is leave a comment with the title of a favourite mystery novel of yours  (not one of mine!)

ETA: I’ll make the draw on Friday 12th Jan, round about tea-time, so there’s plenty of time to get your comments in!

*ETA 2: The Amazon link at present only links to the paperback, but the Kindle edition is now available here: Kindle

There’s been a delay getting the ebook up on Amazon, although the paperback is available to purchase. I’ll update when I hear it’s up and running. In the meantime, mobi files can be bought direct from the Riptide site and emailed to your Kindle – all you have to do first is go into your Amazon account and add the Riptide address admin@riptidepublishing.com to your Approved Personal Document E-mail List (see Settings under Manage Your Content and Devices).

ETA 3: The draw is now closed, and the winner is…. mewalker10, whom I’ve emailed.

Congratulations, and thanks to everyone who played – some great recs there! 😀

30 Responses to Pressure Head out now – with giveaway